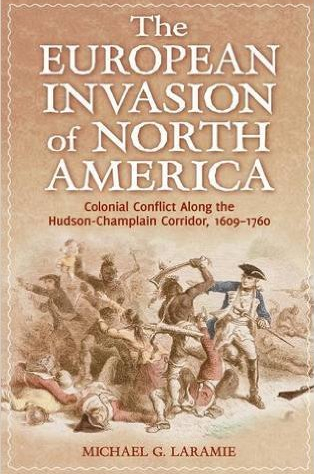 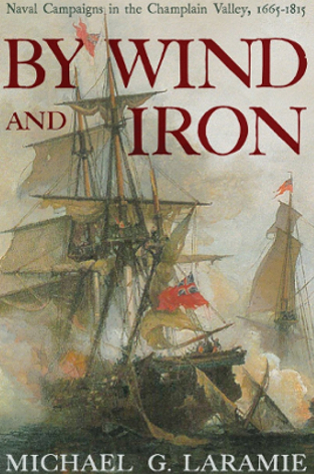 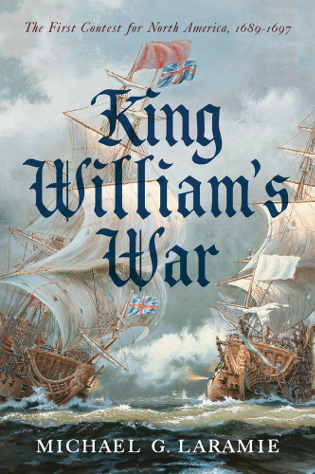 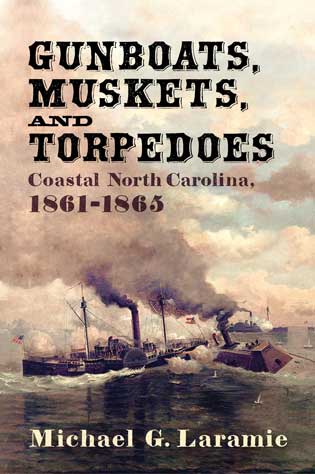 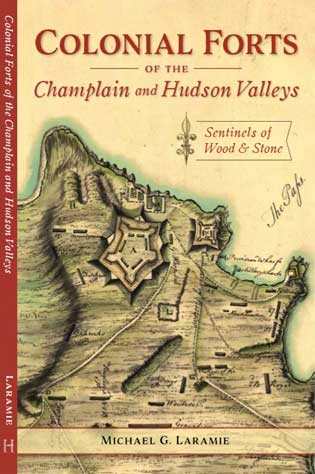 The European Invasion of North America: Colonial Conflict Along the Hudson-Champlain Corridor, 1609-1760.

From Champlain and Hudson’s initial voyages some 400 years ago, to the surrender of Montreal in 1760, The European Invasion of North America: Colonial Conflict Along the Hudson – Champlain Corridor, 1609-1760 offers unprecedented coverage of the 150-year struggle between New World rivals along this natural invasion route – a struggle which would ultimately determine the destiny of North America.

Unlike other volumes on this period, “The European Invasion of North America” includes extensive coverage from the French and Dutch as well as British perspectives, examining events in the context of larger colonial confrontations. Drawing on hundreds of firsthand accounts, it recaps political maneuvers and blunders, military successes and failures, and the remarkable people behind them all: cabinet ministers in Paris, Amsterdam, and London; colonial leaders such as Stuyvesant, Frontenac, and Montcalm; shrewd diplomats of the Iroquois Confederacy; and soldiers and families on all sides of the conflict. It also highlights the growing friction between Britain and her American colonies, which would soon lead to a different war. 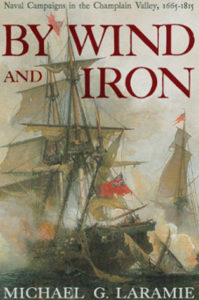 For more than 150 years, the natural invasion route along the waterways of the Champlain and Richelieu valleys into northeastern North America was among the most fiercely contested in the history of the continent. Whether the French and their Indian allies attacking British forts and settlements during the Seven Years’ War, the American Continentals striking north into Canada during the American Revolution, or the British battling French and later American forces in these wars and the War of 1812, it was clear to policy makers in Quebec, London, Paris, Philadelphia, and Washington that whoever controlled this corridor and its lakes and rivers, controlled the heart of the continent.

In By Wind and Iron: Naval Campaigns in the Champlain Valley, 1665–1815, Michael G. Laramie details the maritime history of this region from the first French fortifications along the Richelieu River in the late seventeenth century through the tremendous American victory over the British at the Battle of Plattsburgh on Lake Champlain in 1814. Using period letters, journals, and other primary source materials, the author examines the northeastern waterways and their tributaries within the framework of the soldiers and sailors who faced the perils of the campaigns, while at the same time clarifying the key role played by this region in the greater struggle for North America and American independence.

In support of the narrative, the book also contains appendices that include after action reports from various fleet commanders, tables of fleet strengths, additional battle maps, a glossary, and a dictionary of lake warships with notes on vessel types, typical armament, construction, deployment, and fates. 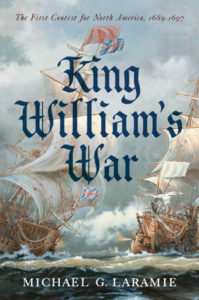 Fought in New York, New England, and Canada, the conflict that began the long French and English struggle for the New World

While much has been written on the French and Indian War of 1754–1763, the colonial conflicts that preceded it have received comparatively little attention. Yet in King William’s War, the first clash between England and France for control of North America, the patterns of conflict for the next seventy years were laid, as were the goals and objectives of both sides, as well as the realization that the colonies of the two nations could not coexist.

King William’s War actually encompassed several proxy wars being fought by the English and the French through their native allies. The Beaver Wars was a long running feud between the Iroquois Confederacy, New France, and New France’s native allies over control of the lucrative fur trade. Fueled by English guns and money, the Iroquois attempted to divert the French fur trade towards their English trading partners in Albany, and in the process gain control over other Indian tribes. To the east the pro-French Wabanaki of Maine, Nova Scotia, and New Brunswick had earlier fought a war with New England, but English expansion and French urgings, aided by foolish moves and political blunders on the part of New England, erupted into a second Wabanaki War on the eve of King William’s War. Thus, these two conflicts officially became one with the arrival of news of a declaration of war between France and England in 1689. The next nine years saw coordinated attacks, including French assaults on Schenectady, New York, and Massachusetts, and English attacks around Montreal and on Nova Scotia. The war ended diplomatically, but started again five years later in Queen Anne’s War.

A riveting history full of memorable characters and events, and supported by extensive primary source material, King William’s War: The First Contest for North America, 1689–1697 by Michael G. Laramie is the first book-length treatment of a war that proved crucial to the future of North America. 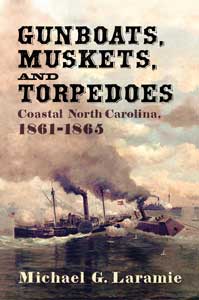 From the first shots at Cape Hatteras in the summer of 1861 to the fall of Fort Fisher, in early 1865, Gunboats, Muskets, and Torpedoes chronicles the shifting contest for coastal North Carolina during the American Civil War. With the advent of steam propulsion, the telegraph, rifled cannon, repeating firearms, ironclads, and naval mines the methods of old fell soon fell to the wayside and an entirely new set of tenets and principles quickly evolved. The net effect was to create a fertile ground for the application of new technologies, new ideas, and even the revival of a very old one. Yet for all the technological changes, many of which would be harbingers greater conflicts to come, the real story of this strategic coast is found in the words and actions of the Union and Confederate soldiers and sailors who vied for this region for nearly four years. It is here, where the choices made, whether good or bad, whether misinformed or not made at all, intersected with logistical hurdles, geography, valor, and fear to shape the conflict; a conflict that would ultimately culminate with the capture of one of the world’s most powerful forts, and the birth of a modern naval power. 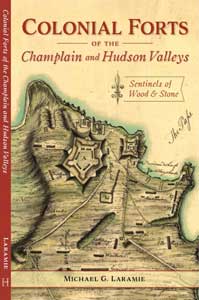 Colonial Forts of the Champlain and Hudson Valleys: Sentinels of Wood & Stone

Sentinels of Wood and Stone chronicles the evolution and history of the colonial fortifications along Champlain and Hudson Valleys.  From Montreal at one end, to New City at the other, the lakes and rivers formed by these valleys carved a path through the primeval forests of the northeast that proved to be both a threat, and an opportunity to the rival French and English colonies on either end. From the strategic and tactical reasons, through their planning and construction, to their roles in the French and Indian Wars of the 17th and 18th centuries, Sentinels of Wood and Stone speaks to the men who built and defended these strongholds, to the men who besieged them, and to the failed and successful attempts to secure one of the most important waterways in early North America.